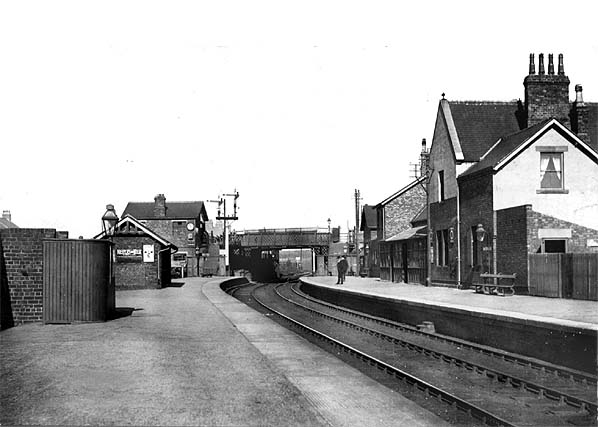 The planned re-opening of the Northumberland Line between Newcastle and Ashington has moved a step forward, after Transport Secretary Grant Shapps announced £34m in funding to progress the scheme.

The announcement by the Department for Transport gives the go-ahead to reintroduce a regular rail passenger service between Ashington and central Newcastle, with several stops in between, by 2024.

Northumberlannd County Council is leading the ambitious scheme, in partnership with Network Rail, which is set to open by 2024 and will boost education, employment and housing prospects for the region.

The project will upgrade 18 miles of track, open six new stations, three new footbridges and new signal locations. The whole scheme is projected to deliver economic benefits of up to £470m.

The Treasury sign-off immediately releases the £34m towards the final cost of £166m with further funding to follow once design works are concluded.

Leader of Northumberland County Council, Cllr Glen Sanderson, said: “This is absolutely fantastic news and means we can now finalise our plans to deliver this transformational project for both Northumberland and the wider region.

“Along with our partners we’ve done so much work to get the scheme to this stage and the Government is clearly convinced this is a project that needs to happen.

“With trains running through our county into the heart of Newcastle every half hour this will provide a massive boost to the county – in terms of opening up education, housing and investment.

“It will also have a positive long-term environmental impact, helping with the move away from cars to greater public transport use and cutting congestion in bottleneck areas.

“We’ve had regular meetings with Government who’ve been extremely supportive but now this funding’s been agreed we can really get going over the next few months.

“We will continue to work with DfT and Network Rail in advance of submitting the full business case in the autumn for release of the final tranche of funding.”

The announcement’s also been welcomed by partners involved in the scheme so far.

Matt Rice, North and East Route Director for Network Rail, said: “Confirmation of this funding is a landmark moment that sees the collective, long-held aspiration to bring passenger trains to this part of the north-east take a significant step towards becoming reality.

"Thanks to close collaboration with Northumberland County Council, the Department for Transport and other partners, we’ve demonstrated the value that this investment will bring to the economies and communities between Newcastle and Ashington - and even further afield - and I’m delighted that we can now move at pace into the final stages of development.”

Simon Middleton, Regional Director at AECOM, which has led the development of the project to reach this milestone, said: “Today’s funding announcement gives us the green light to reintroduce this much-needed rail service, through an innovative project which shows how Beeching cuts can be quickly and efficiently reversed.

“Working with Northumberland County Council, Network Rail and SLC Rail, AECOM is helping to bring about a rapid transformation in transport choices for people living and working in Northumberland, opening up new routes for them to get to work, study or connect with different communities.”

AECOM is delivering the project as part of Perfect Circle, appointed via SCAPE Consultancy, a direct award framework.

The new line is also made possible by the groundbreaking use of land value capture as a funding source, which will help to lower the long-term burden on the taxpayer. It has been the first time this method has been used to help fund a UK rail project and would not have been possible without the co-operation from private landowners.

George Hazel OBE, Director of E-Rail, said: “We’re delighted that this line has achieved the green light and that Northumberland will be showcasing to the world how E-Rail’s Land Value Capture method can be used to help fund new lines.”